Bounce rate is probably the most ambiguous and widely known metric in digital marketing. If you ask any analyst or digital marketer what a bounce is, the answer you will probably get is somewhere along the lines of - single-page session where users leave the site without navigating further.

Bounce rate is probably the most ambiguous and widely known metric in digital marketing. If you ask any analyst or digital marketer what a bounce is, the answer you will probably get is somewhere along the lines of - single-page session where users leave the site without navigating further. That definition is not wrong, but it's not complete and doesn't represent the full scope of the metric.

The total number of single-page sessions where only one interaction hit is sent to Google Analytics server. Here not only did these bounced users view one page and did not take any other action, but they also did not trigger any other interaction hits besides the default, i.e., pageview.

Depending on how your Google Analytics is set up, multiple types of hits can be sent to GA.

All hits by default are interaction hits; however, you can explicitly designate hits as non interaction hits. These are hits that are not a part of your conversion or engagement funnel.

For example, if you were to track product removals from basket, percentage of page scrolled, or product added to wishlist, these could be set up as non interaction hits.

Refining bounce rate by triggering an event when a user is considered engaged, thereby exempting the session from being classified a bounce.

The type of action you want your users to take before firing the event varies; for an ecommerce website, it might be adding an item to cart or register to receive an email when the product is back in stock. For a blog or online magazine, engagement is time spent on the site or signing up for the newsletter.

Typically, adjusted bounce rate is set up by firing an event after X seconds, i.e., after X seconds, the sessions won't be considered a bounce. Although this method works, it's not 100% reliable.

There's plenty of scenarios where users might be inaccurately considered engaged:

Time spent, by itself, is not an accurate measurement of engagement.

To augment the standard ABR, we're going to set up an event in Google tag manager that fires when a user has spent more than 15 seconds on a page and has scrolled more than 75% of the page.

You can also implement this by editing the Google Analytics tracking script, but there's no added benefit to that approach.

Before we begin, make sure you have GTM and GA set up on your site.

Head over to GTM and setup a Google Analytics event tag.

Create a trigger group that fires when both trigger conditions are met - Scroll depth and Element visibility.

Setup scroll depth trigger and set vertical depth to 75%. You can also define pixels instead.

The second trigger within the group will be Element visibility with minimum on-screen duration set to 15000 ms or 15 seconds.

Select ID as selection method and set element ID to " * ". This will match any ID after 15 seconds and fire the tag once per page. You can specify a particular ID or CSS selector as well, just be carefull to not match too many element since that can impact performance.

Note: Time here will be calculated as "minimum on-screen duration" so if a user switches to another tab, time spent will be paused and resumed when the user returns.

And that's it you're all set. Fire up preview mode in GTM and see if the tag is being fired after 15 seconds when 75% of the page is scrolled.

Tag will not fire until both conditions are met.

You can adjust your bounce rate by firing multiple types of events - form submission, element visibility, YouTube video interaction, clicks, or any other custom event.

The goal with ABR is to ensure none of your engaged visitors are being considered bounces, which gives you an accurate assessment of usability and helps understand where changes are needed on the site. Without an accurate bounce rate, you might end up making changes (not to mention the time spent) that negatively impact user experience, and that's worse than not making any changes at all.

The link has been copied!

How To Fix Payment Gateway Referral Issue In Google Analytics

Top 8 Digital Advertising Metrics You Should Be Monitoring 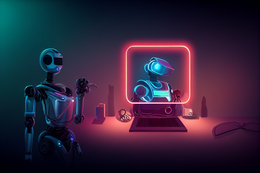 The Basics of Machine Learning: A Quick Primer